"Do you consider the relations between Germany and Israel to be normal today?"

54,2 percent consider the relations to be normal. More men (65.5%) than women (only 43.3%) that current relations between both countries can be defined as normal. 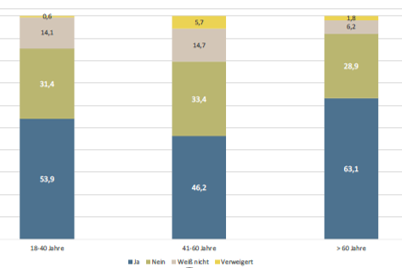 "Do you think that the memory of the Holocaust still influences Germany's policy towards Israel today?" 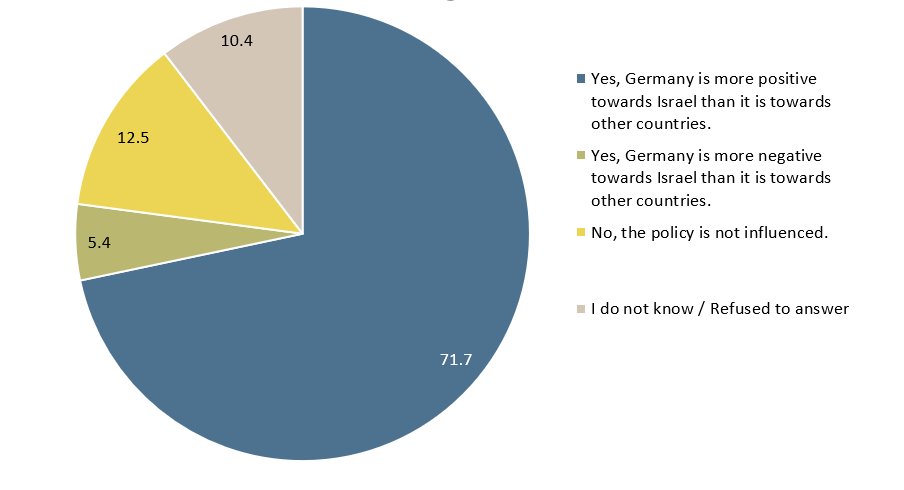 "To what extent do you agree with the following statement: 'Antisemitism is currently a problem in Germany.'"

"When you think of Germany, which population groups currently pose a significant threat of Antisemitism? You can choose several answers." 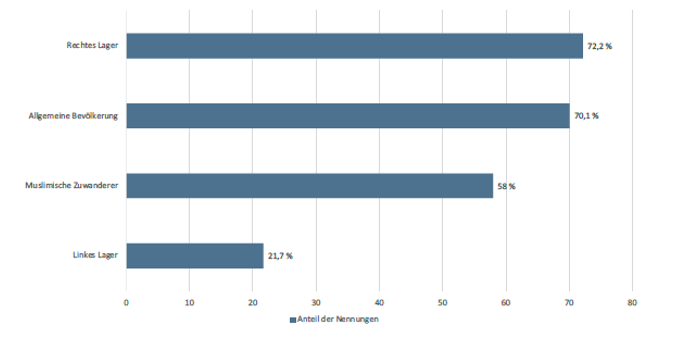 The majority (72,2 percent) locate the threat in the right-wing political camp.

70,1 percent locate the threat in the general population.

58 percent locate the threat among the muslim migrants.

21,7 percent locate the threat in the left. 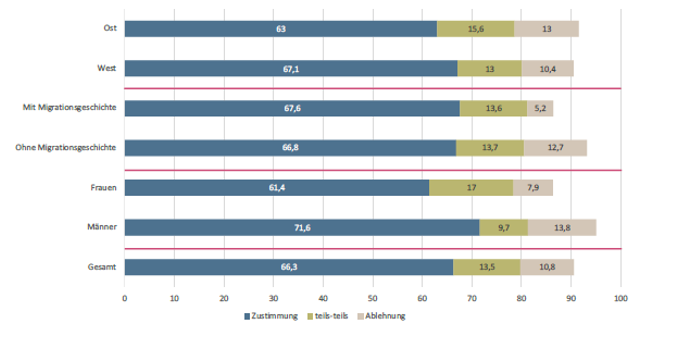 66,3 percent think that Israel can be criticised with the criticism being antisemitic. More men (71,6 percent) than women (61,4 percent) think so.

"In 2008, Angela Merkel said that the secure existence of Israel was part of Germany's raison d'état, i.e. in the national interest. Do you think that the new government will adopt this view?" 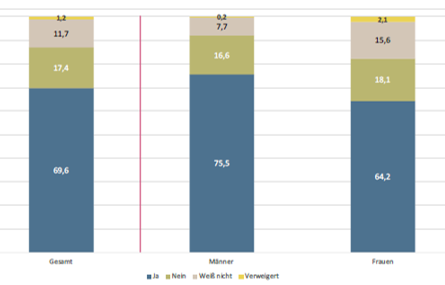 A clear majority of 69.6 percent of respondents assume that the new government will maintain Merkel's view of the raison d'état (Figure 4). 17.4 percent think not, while 11.7 percent are not sure. Women are more reticent about this question. The level of agreement with the question is slightly lower, while more women than men answered "Don't know." 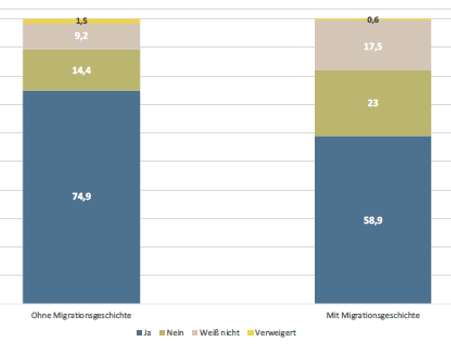 based on migration history:

Overall, the majority of all respondents do not expect any significant changes in relations under the new government (see Figure 6): 76.2 percent believe that relations will remain the same, while 8 percent expect an improvement and 10.4 percent a deterioration. On average, however, women are somewhat more optimistic: while only 4.7 percent of men expect an improvement, 11.2 percent of women do so.

"Do you think Germany should play a mediating role between Israel and other countries in the Middle East?" 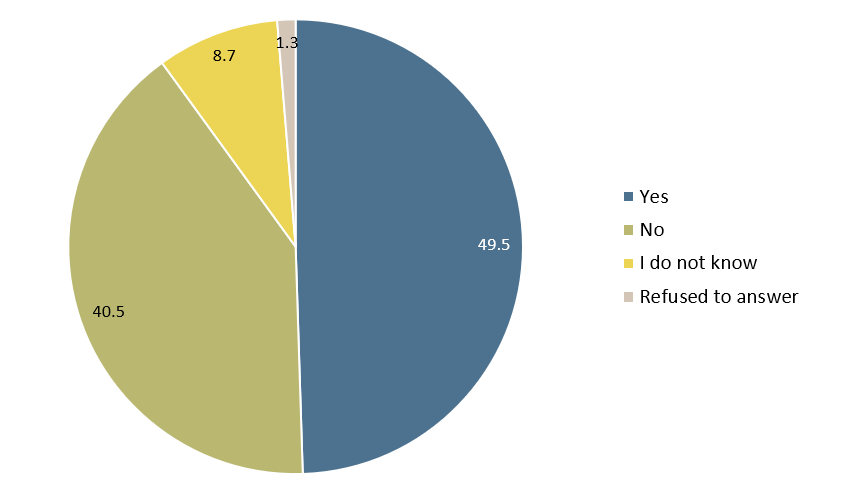 "Angela Merkel will soon no longer be Chancellor. Do you think that relations between Germany and Israel will change afterwards?"

"During the Israel-Gaza conflict in May 2021, the German government declared its support for Israel's right to self-defence. Do you agree?" 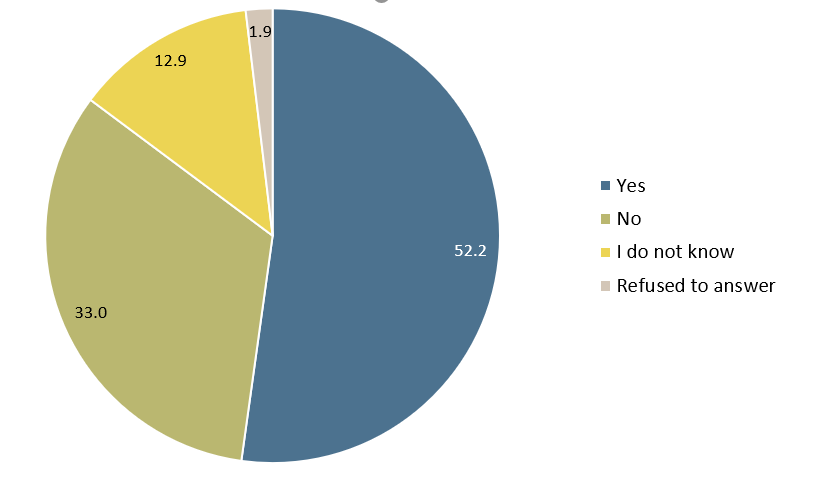 Have you ever been to Israel?

"What was the reason for your trip to Israel? You can choose several answers." 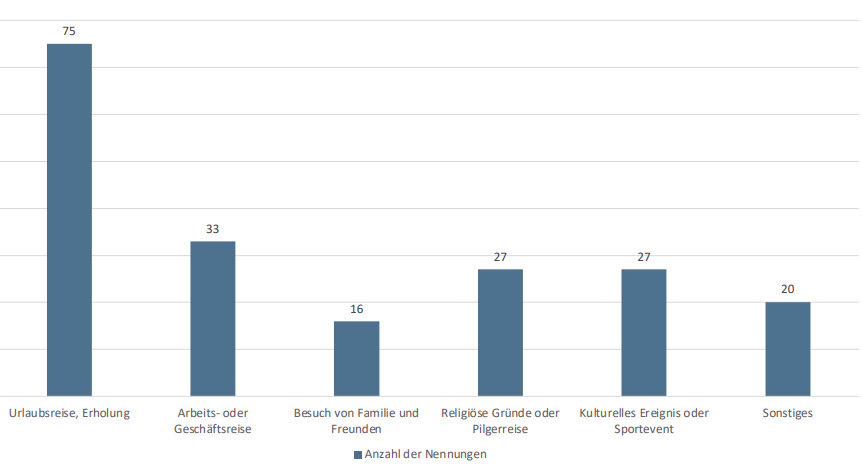 The majority of respondents state that the reason for their stay (Figure 9) was a holiday or recreational trip. Business trips, religious reasons and cultural events or sporting events are given by about one fifth of the respondents. Visiting family and friends is the rarest occasion with about 10 percent of the mentions. School trips, educational trips and an interest in the country and culture are mentioned in particular in the free answers for the “Other” category.

"Can you recall any recent exposure to Israeli contemporary cultural offerings such as literature, film, music, television or sports?" 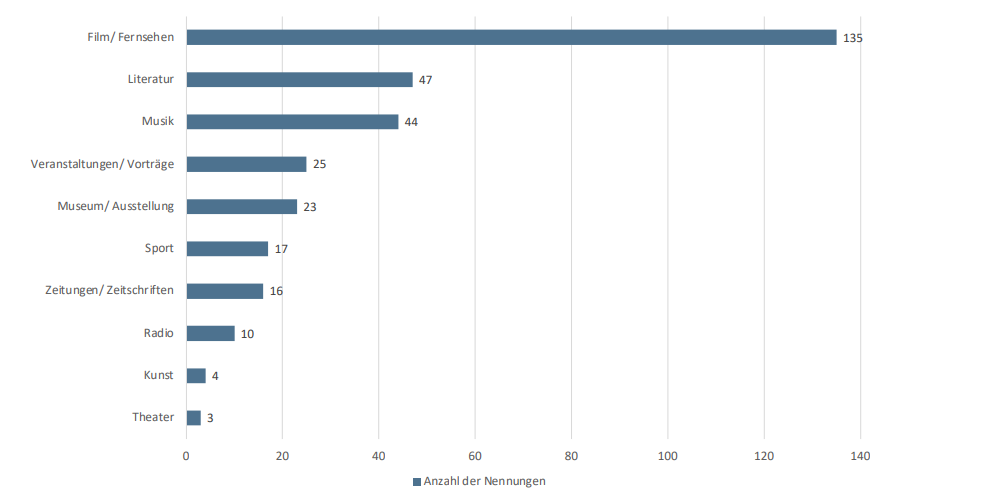 Less than a third remembered having recently come into contact with Israeli contemporary cultural offerings such as literature, film, music, television or sport. However, in many cases there is no clear distinction between Jewish and Israeli cultural offers.

The Netflix series "Unorthodox" is also mentioned several times, although it is a German production about ultra-orthodox Jews situated in Berlin. In addition, more references are made to sports, especially football.